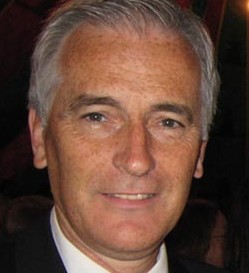 Myles Dungan is one of Ireland’s best-known and most respected broadcasters.

A frontline RTE presenter, he has been hosting current affairs, arts and sports programmes on both radio and television for more than two decades.  A Fulbright scholar, educated at UCD and the University of California, Berkeley, he is the author of 11 books, including works on the Irish in America, the Great War, the Irish Crown jewels and golf. He is also the author of two plays.

He is the presenter of The History Show on RTE Radio 1.

One of his best-known works, How The Irish Won The West, has been re-published in America.

He has also toured, in the company of Celtic Tenor Matthew Gilsenan, a musical theatre show, The Fighting Irish, telling the story of the many thousands of Irishmen who’ve fought in American armies.

Myles, who was recently awarded his PhD, is currently teaching a new Family History course at Dublin’s City Colleges.