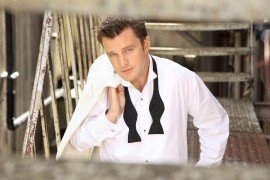 SINGER SIMON Morgan, one of Ireland’s top concert performers, is to join forces with the Pegasus agency.

Simon is a world-renowned baritone, having performed all over the world, headling in venues across Ireland, the UK, Argentina, Chile, Barbados, San Diego, Chicago, New York, Monaco, Florence and Verona.

A frequent guest singer with Ireland’s main orchestras, Simon has mastered a wide range of styles ranging from opera to traditional Irish to big band.  He has performed many leading operatic roles, including Marcello in La Boheme, Aeneas in Dido and Aeneas, Silvio in Pagliacci, Scarpia in Tosca, Candide in Candide and Belcore in L’elisir D’amore.

Constantly busy on the corporate circuit, Simon has performed to some of the world’s elite, including Placido Domingo, Prince Albert of Monaco, Senator George Mitchell, Michael Bloomberg, and countless celebrities. He also travelled widely, as an Irish musical ambassador, with the then President of Ireland, Mary McAleese.

Simon’s album I’ll be Seeing You hit number one in the Irish iTune Vocal Album charts, following a much heralded performance on Ireland’s top TV Show, The Late Late Show.  He has also featured on several crossover albums, working with The Three Irish Tenors, Anuna, and Druid.  He sang, with Anuna, in the first ever Irish Night at the BBC Proms in the Royal Albert Hall, London.

His first performance with Pegasus will be as a soloist in the Great War Roadshow, at King House, Boyle, Co. Roscommon on Saturday, May 23, 2015.

Simon began his career as a boy soprano, performing with the Augustinian Boys’ Choir in Dublin, winning multiple feiseanna (including Feis Mathiu and Feis Ceoil).  He was the solist at the debut of The Knock Magniﬁcat at The Knock Basilica in Mayo. 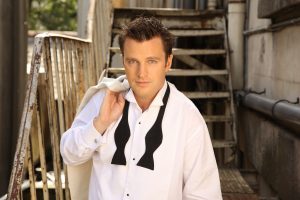