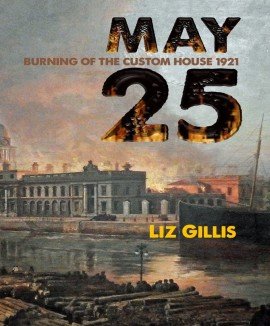 Congratulations to historian Liz Gillis, whose new book, The Burning of the Custom House, is published this Wednesday.

This latest work, published by Kilmainham Tales, tells the story of the IRA’s 1921 attack on Dublin’s Custom House, then the heart of the British administration in Ireland.

This unique book tells the full story of the attack on and burning of the Custom House, bringing the fruits of eight years of research to the public in an entertaining, readable history.  Much use is made of the recollections of the men who carried out the attack and those who resisted, based on memoirs, witness statements and Crown forces’ reports.