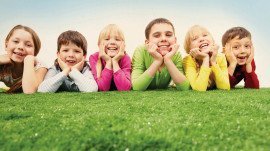 Mackey/Sandrich Casting, in association with Cast It Talent, is calling for self-taped submissions for two child actors to appear in a new Untitled Feature Film.

Children auditioning MUST be fluent in an Eastern European language (e.g., Polish, Romanian, Hungarian, Slovakian, Russian, etc.) AND in English.

The film will be shooting in Hungary from August 8 through the end of October.

and submit a self-taped audition using the instructions provided.